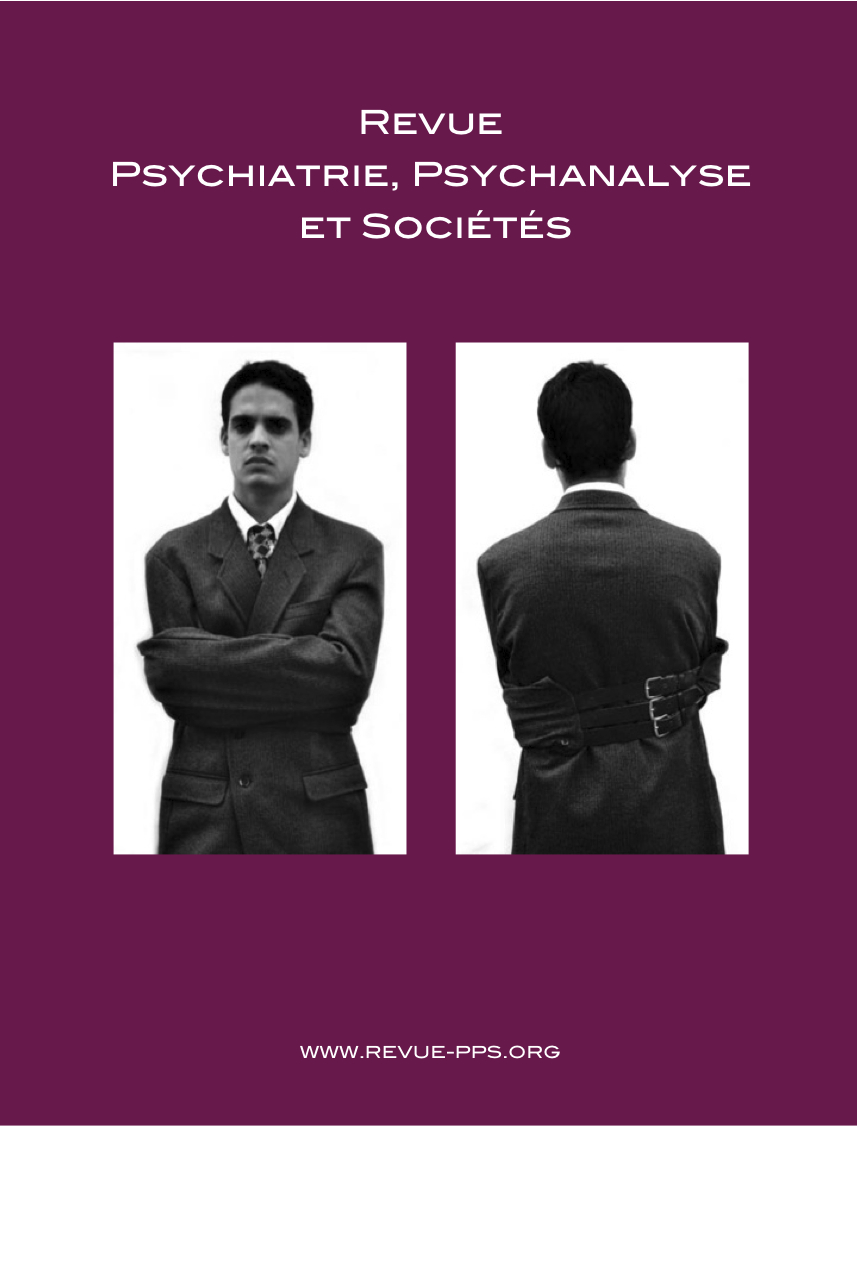 Psychiatrie, Psychanalyse et Sociétés is a biannual journal that publishes original research in psychopathology. It is to understand the issues raised by psychic disorders, taken in their psychoanalytic and psychiatric societal dimensions, both from a theoretical and a clinical point of view. As psychic disorders can be considered neither apart from the social context where they occur, nor regardless the body that expresses them, the articles of this journal are not just of psychiatric, psychoanalytic or sociological sciences, but also of human sciences or natural sciences that help to shed a new light on psychopathological issues. This openness to other sciences comes naturally with an openness to other cultures, and thus gives to the journal an international dimension, as well as for the sake of scientific rigor leads to pay a particular attention to epistemological issues involved in psychopathology.